I won the pitch to design the album artwork for Psychic Film & TV, is the first production music collaboration between award-winning label Lucky Number Music and Warner/Chappell. The brief was to produce a design to juxtapose modern production techniques with electronic and shiny textures, with an ethereal and airy quality. In answer to this, I produced a selection of designs following the idea of brain scans and brain waves with dots joining across, on a gradient background with textures to soften the design. The record was complete with an obi (traditional Japanese paper strip on the left side).

Alongside a limited edition run of the record, a beer bottle was produced and given out to launch party guests, as well as the design projected on a large scale digital wall display. 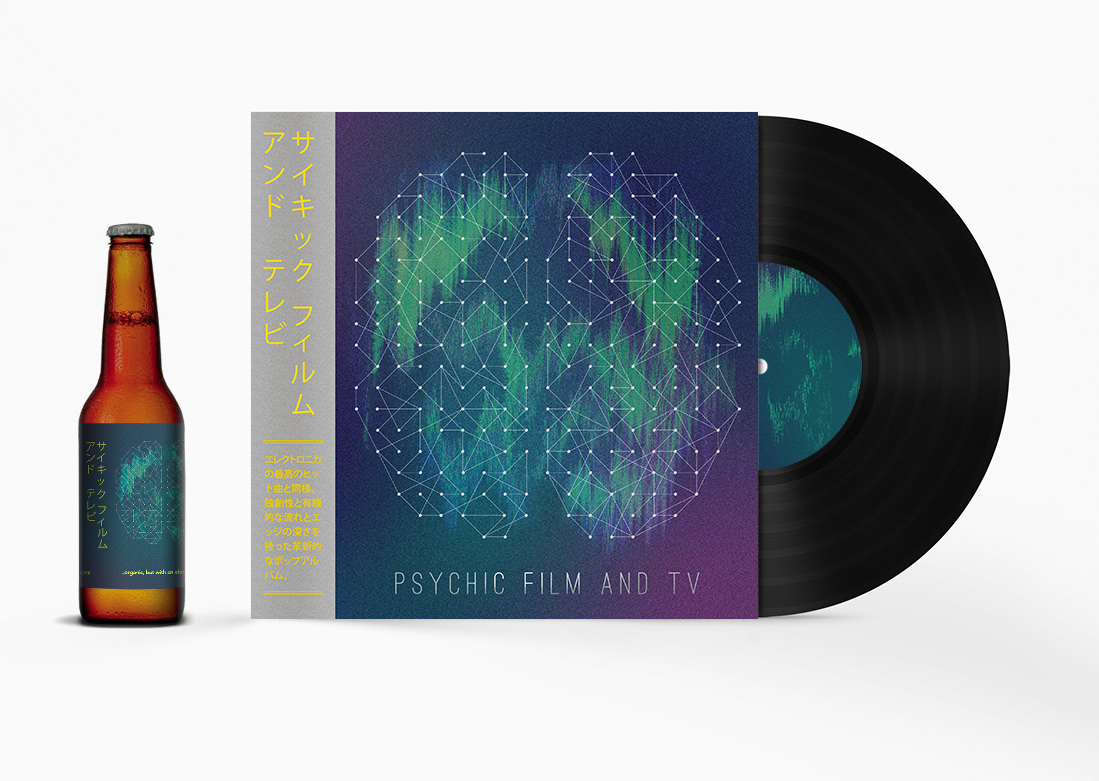